Week Four……..is that all it’s been? It’s truly remarkable how settled we feel. The kids have fully embraced their school and the community it offers them. They have friends from all over the world, and have very interesting perspectives on school and friendships here versus in the US.   I’ll let them tell that story in their own way although highlights from Luke’s perspective:  he still feels like the only one who doesn’t have Fortnite and everyone is SO nice.” We are also lucky enough to be forming friendships with several South African families which are really special.  All four of us are learning about the culture, the people, the politics, the culture, the best places to run/hike/bike/sip wine/watch rugby/swim with penguins/swim with sharks/watch whales from people who have grown up here.   Through these friendships we have been exposed to perspectives we would never have access to if we just lived in the expat bubble.  And one of the great benefits of our home is that we live on a street filled with South African families with children and dogs and life; whenever we are in the backyard it feels a bit like lord of the flies, as there always seem to be little faces peering over the walls bordering our property, talking with Luke and Charlotte and asking them to play…..All four of us are excited to see how those friendships blossom over the next year…… 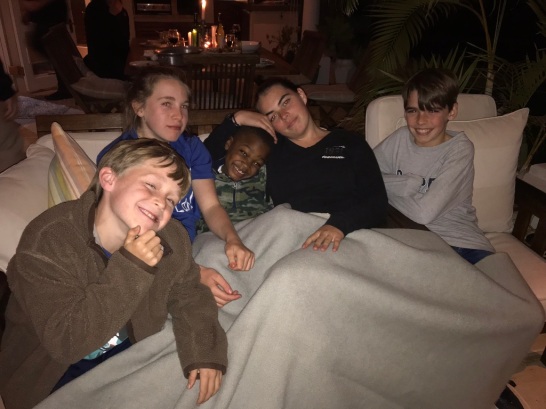 Speaking of bubbles, have we mentioned the wine? We are feeling overwhelmed – it’s everywhere we look – and so gloriously affordable! (for us).  This weekend’s activity: Franschhoek Uncorked, a spring festival at the nearby Franschhoek wine region.  We spent Chris’s birthday there 13 years ago and are returning to the scene of the crime!  We can’t really say we are going to wine country, because we actually live smack in the middle of it – in Constantia. We’ve become quite friendly with another American family here on sabbatical – the four of us have already engaged in some shenanigans and look forward to many more! Here’s Chris and our friend Mark engaged in some horticultural exploration along with some other pics from recent escapades: 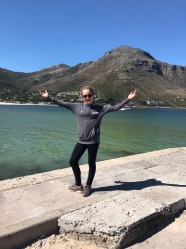 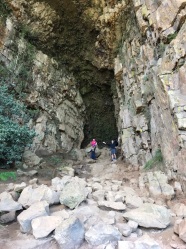 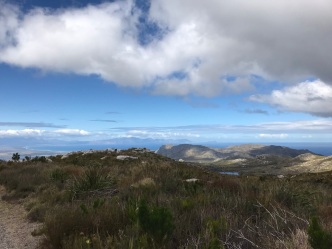 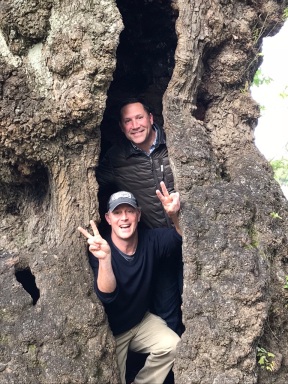 Now to the heart of this post:  Africa Lite.   Our experience is akin to “glamping.” Although we live in one of the poorest continents in the world, we are among the most fortunate.  We have a lovely home, cars, clothes, food, and, as a result of the strong dollar, unbelievable purchasing power.  Everything is crazy cheap; we continue to be amazed.  Yet, we are in a small country which is veering dangerously close to a recession (topic for another post), has among the most egregious and outrageous economic and civil rights inequalities in the world (see below) and experiences far more crime than we’ve ever known in the US, set within a region which is slowly recovering from an unprecedented drought.  We have become way too familiar with home security systems – safety beams and locks and beeps and lights. Our first night in our new home, the system wasn’t working – and we freaked out.   While we thought we got that addressed immediately, the system continues to send alarms at various points of the day – alarms caused not by theft but by system intricacies.   And while it might be annoying, the security folks certainly know us – since we seem to inadvertently set off the alarm 3-4 times/day. While our neighborhood is a safe one, and not necessarily a target for theft, “Dorothy, we’re no longer in Kansas.”  While using common sense and not going overboard, we have to be vigilant – always.  We must lock our houses and our doors and children don’t walk to school alone here and no one walks at night.  This isn’t just expat hysteria – this is what our South African friends tell us.   It look me a few weeks to accept the reality that it’s not safe for women to hike alone, although it is certainly fine to run in our neighborhood (again, since we live in the wine country, not so shabby).   Yet it all depends on perspective – for friends coming from Joburg, Cape Town is a breath of fresh air in terms of crime.  For us – it’s different.  As our friends say, “we must continue to live our lives.”

Dealing with the water crisis has been interesting.  Households are granted a certain amount of water per person; utilization above that rate results in fines.  The challenging part is there is no meter to help monitor usage. So, while we’ve been minimizing shower water (only using to wet and rinse off), and catching shower water in big bins to use to flush the toilet, and minimizing flushing the toilet (if it’s yellow keep it mellow), and not washing clothes too often, and so on and so on – we really won’t know until we get our first bill how effective we’ve been. Coming from our land of plenty I can’t help but think that while we have certainly made progress, we are not as efficient as we should be. Very fortunately, given all the rain the limitations on usage are soon to be lifted.  It hasn’t been a problem though – it’s actually felt good to not be as wasteful as we are in the “land of plenty.”

Shopping is also an adventure.  In every parking lot there are parking attendants, who ostensibly are there to ensure cars are safe and who rely on tips for their livelihood. While at first we weren’t sure whether to tip them, we’ve become quite comfortable at tipping 5 or 10 Rand each and every time we shop (ranging from about $.30-$.75).  Woolworths is their Whole Foods here – which, for those of us who remember Woolworths in the states, is pretty funny.  Packaging is small – no oversized BJs here.  There is far less packaged food, far fewer sweets, and the average cereal selection in the supermarket might be 10, vs. 50 brands.  Not surprisingly, there is no evidence of the obesity rampant in the US.  And although we can access US brands – Heinz Catsup, for instance, it’s expensive. I’m trying to segue the family off that stuff – we are in Africa, and should explore all that Africa has to offer.   Another benefit – no crazy commercialization; very few stores are open on Sundays, and many close mid day on Saturday.  I think we’ll really come to appreciate that on Thanksgiving day, as we think about the “pre-black Friday madness” in the US.  People definitely choose to live their life outside of stores here.

All of our experience is rooted in the reality that this country continues to experience profound racial and economic inequality – the legacy not just of apartheid but of gross fiscal impropriety and poor economic policies of past President Zuma who squandered and funneled billions of rands (and land) to his cronies.  The poverty and inequality is everywhere – on the streets, in the media, in the very fabric of the society.  It is evident in the townships to which black folks were forcibly relocated during the apartheid era, composed of thousands of tin shacks, sometimes without running water and sporadic electricity, satellite TV dishes notwithstanding;  in the senseless crime that is reported on a daily basis in the papers; in the pairs of eyes that peer at us as we – and others with resources, both white and black-skinned – enjoy open air markets replete with music, food, beverages and goods in the stunning sunshine. The very essence of the “haves vs. the have-nots” which makes each of us feel very very uncomfortable.

Yet while there is definitely a sense of resentment and anger, there is also a palpable feeling of optimism – across racial and religious and ethnic lines, among both the white and black, Christian, Jewish, and atheist South Africans (and, we hear, among the various ethnicities – Xhosa, Zulu, etc)- because of the new president, Cyril Ramaphosa.  Although he was deputy under Zuma, his rhetoric and early actions are far more inclusive and promising. The country is watching and waiting, and very aware that their currency and economy are, unfortunately, also linked inexorably to the tweets coming out of Washington.  They anguish and wonder how this could be.  We continue to consider how we process the reality here; how we think about our own biases and experiences in the states (which absolutely has parallels); and how we can make the most impact in a culturally respectful, safe and impactful way.   We are having lots of discussions with friends and colleagues from the NGO, education, health and philanthropic sectors here. Lots of updates to come on that front. 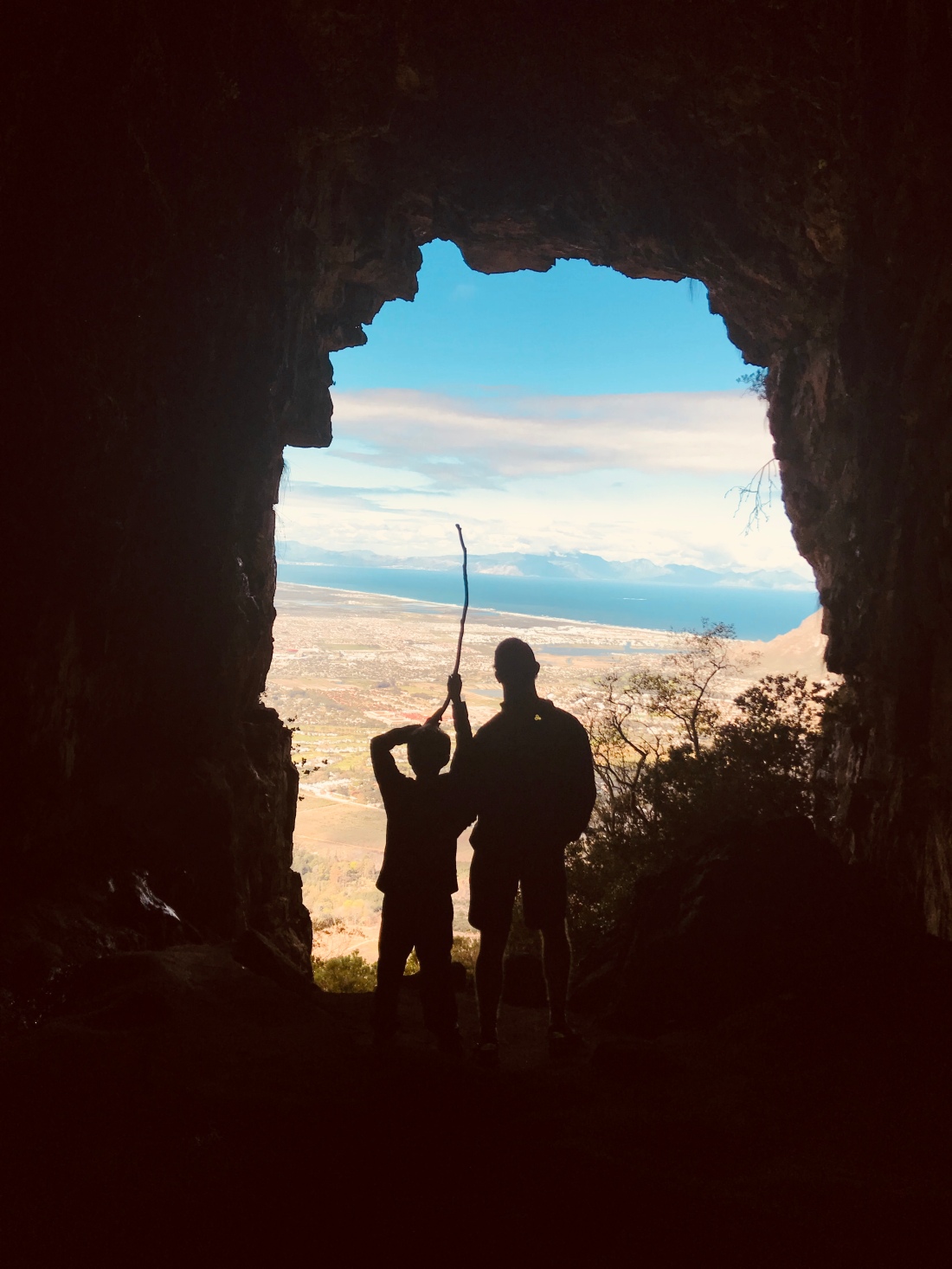 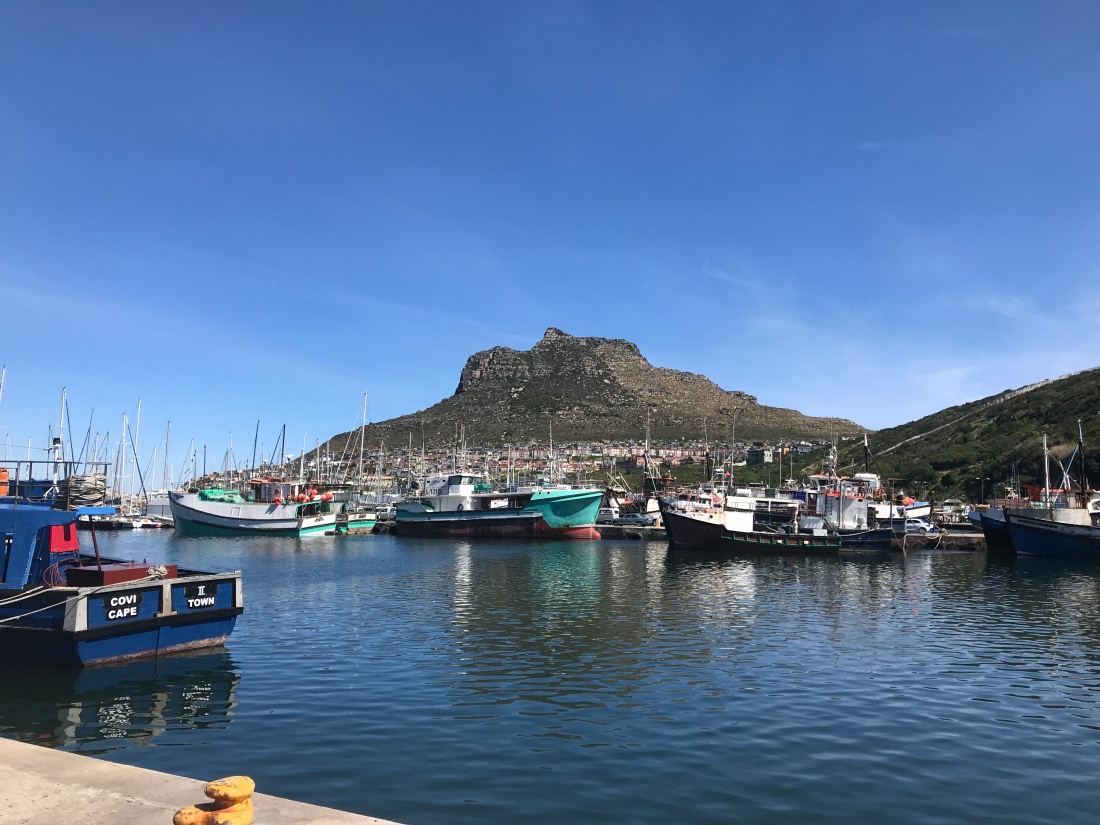